The development of vape products 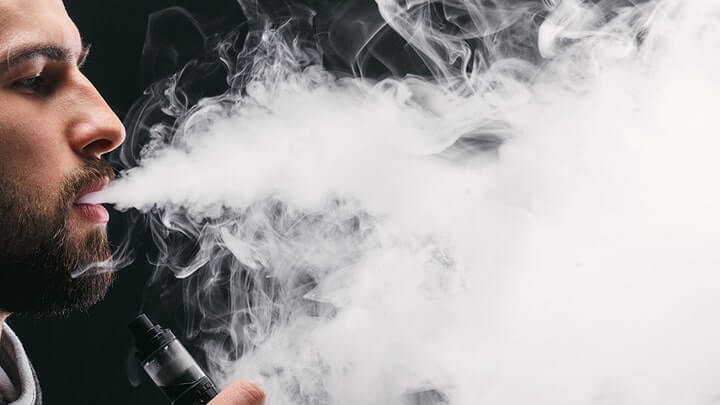 Vaping and e-cigarettes is the newest addiction to teens. Flavors like mango, vanilla, chocolate etc. make vaping more joyful and popular among minors although the legislation raises the minimum age for purchasing tobacco, e-cigarettes, and vaping products from 18 to 21. Because of that, local lawmakers are co-sponsoring several bills aimed at addressing a sharp increase of the use of these products by teenagers.

Vape product companies use social media and marketing campaigns through them to make their products more attractive among minors. Some companies though denied that and make a public statement. Sen. Mary Abrams, D-Meriden, who chairs the Senate’s Children’s and Public Health Committees said that “Tobacco companies have found a new way to make today’s youth tomorrow’s customers. Banning the sale of flavored vapor products will remove this strategy to hook customers at a young age.”

Specifically, a team of Stanford University researchers studied one of the biggest and famous vape product companies, Juuls. They actually, check their marketing strategy and their advertisements through social media posts and they concluded that their strategy was <<youth-oriented>>.JUUL spokesman Ted Kwong answered to that and he said that the company’s initial marketing campaign in 2015, which received criticism, was “short-lived” and “intended for adults,” adding the company’s current advertising campaign “features testimonials from former adult smokers who made the switch off combustible tobacco with the JUULdevice.”

U.S. Surgeon General Jerome Abrams in a statement said that teen-vaping has been increased about 78% the last year and this can be called an epidemy. The only way to reverse this situation is Food and Drug Administration (FDA) to regulate e-cigarettes, including flavors. Abrams also signed an agreement that all vaping products and their purchase online would be strictly only for users not below 18 years old. Nevertheless, Liz Linehan, D-Cheshire, who chairs the House Committee on Children and has co-sponsored similar legislation is afraid that children under 18 will find a way such as using the drivers’ license of their parents to purchase these products.

Linehan has co-sponsored five bills concerning vaping in total, including bills that would tax liquid vaping products at the same rate as other tobacco products, raise fines for selling vape products to minors, and raise the statewide minimum age for tobacco product purchases from 18 to 21. She said that “It’s obviously becoming a public health hazard. The effects of nicotine on the developing body are well documented.We want to treat vaping just like tobacco.” Actually, a single JUUL POD contains the same nicotine as 20 cigarettes.

Kwong supported JUUL and said that it was not the company’s intention to make vaping more popular among minors.He also, said that the company took measures  to prevent teen use by suspending some  flavoured products ,strengthening the age verification of its website, and eliminating its Facebook and Instagram accounts.“JUUL Labs shares a common goal with policymakers, regulators, parents, school officials, and community stakeholders – preventing youth from initiating on nicotine,” Kwong said. “We are committed to preventing youth access of JUUL products, and no young person or non-nicotine user should ever try JUUL.”

The majority of smokers begin this addiction by the age of 21, so the banning of purchasing vaping products below this age maybe will be the cause to prevent young people from becoming addicted long term. Both state lawmakers and several area municipalities want to raise the tobacco-purchasing age to 21.“Don’t wait for us,” Linehan said. “There are those of us in the legislature that want this to happen, but state government is so much larger, so if they can pass an ordinance first, I support that.”

Rob Sampson, R-Wolcott, said he hasn’t had a chance to go through the recently proposed vaping bills, but said he is  “open to discussion about protections for minors.” he also said that he is against on putting high taxes on vaping products for adults who legally purchase them.“If something is harmful, then ban it. But if you’re going to say it’s harmful and then tax it more. I think that’s a little hypocritical,” Sampson said.