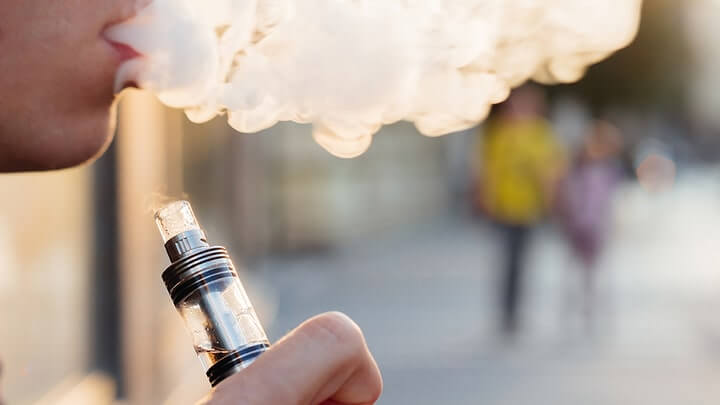 Walmart and Sam’s Club stores in the United States, announced the prohibition on buying vaping products from people under the age of 21, starting in July.

Walmart will increase the minimum age for buying tobacco products on July 1, taking new measures about the procedure of sale to minors. This serious decision was taken after the exhortation of the Food and Drug Administration, which sent a letter, asking to present a precise plan to abolish the illegal sale of such products to minors. Walmart also banned the sale of “fruit and dessert-flavored electronic nicotine delivery systems” and all devices of vaping.

However, apart from Walmart, there are other stores such as Walgreens and Rite Aid, which also announced that they are going to follow a new age verification system and take tighter measures to buy tobacco products from young people. The former will implement the new rules in September and the latter in a few days. Indeed, the Senator Mitch McConnell, even though he has been a big supporter of the tobacco industry, decided to introduce a bill in order to restrict the sale of flavored e-cigarettes and in general of such products to minors.

Moreover, Walmart mentioned that one of their goals is to improve the age verification system and make it more accurate and safe in order to protect young people. The Centers for Disease Control and Prevention claimed, “e-cigarettes have the potential to benefit adult smokers who are not pregnant if used as a complete substitute for regular cigarettes and other smoked tobacco products, but they are not safe for youths’’.

According to a survey that conducted, it was found that the use of e-cigarettes and tobacco increased by 38% among high school students and by 29% among middle school students, which is a percentage that fully justifies the measures to be taken for these products. The big vaping companies, such as Juul, Altria, and R.J. Reynolds Tobacco Company, also supported this act for the restriction of sales to youths and hundreds of metropolitan areas, such as New York, Boston, Chicago, Washington, San Antonio, etc. have made it illegal for people who are under 21 years old to buy tobacco products.